■ 最新的肺癌和肝癌臨床試驗 Latest Clinical Trials of Lung and Liver Cancer
https://www.bocsci.com/blog/index.php/latest-clinical-trials-of-lung-and-liver-cancer/
December 8, 2018
This article takes stock of the latest clinical development pipeline for lung and liver cancer. We calculated clinical trial data for clinical phase Ⅰ, and phase Ⅱ and phase Ⅲ lung cancer drugs registered on clinicaltrials.gov. Included in the statistics are trials that are being recruited, recruited, and issued recruitment notices, and do not include trials that have been completed, terminated, unknown, withdrawn, and suspended. 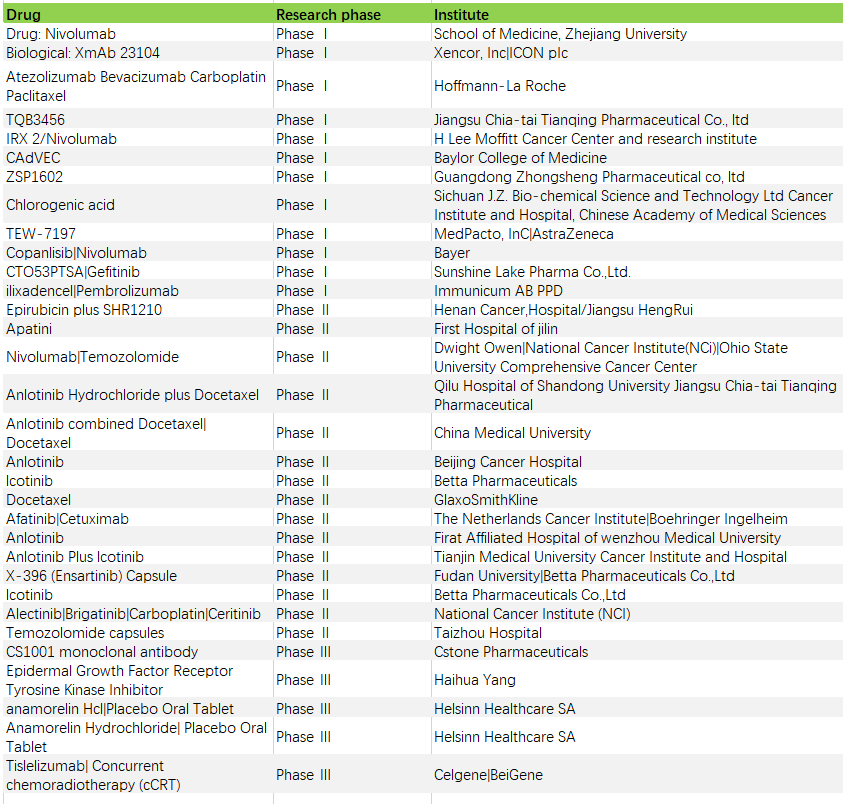 From November 1st to 30th, 2018, there were 11 newly released clinical trials of new liver cancer drugs. Among them, there are 4 in phase Ⅰ, 5 in phase Ⅱ, and two in phase Ⅲ.