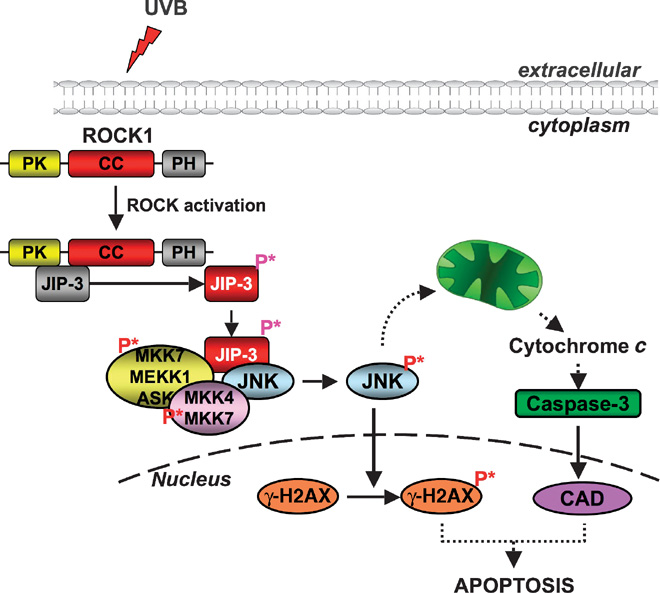 JAK kinase is a very important drug target, and JAK inhibitors developed for this target are mainly used to screen drugs for the treatment of hematological diseases, tumors, rheumatoid arthritis, and psoriasis. JAK-1, JAK-2, and TYK-2 were expressed in all tissues and cells of the human body. JAK-3 was mainly expressed in hematopoietic tissue cells, mainly in bone marrow cells, thymocytes, NK cells, activated B lymphocytes and T lymphocytes.

JAK2 plays an important role in the regulation of many receptors, including EPO, GH, PRL, IFN- γ and IL-3, IL-5, GM-CSF, a member of the β c family. A base mutation JAK2V617F, which is closely related to the occurrence of polycythemia vera (PV) idiopathic thrombocytosis (ET) idiopathic myelofibrosis (IMF) and chronic myelogenous leukemia (CML) in myeloproliferative diseases. Therefore, JAK2 has become the exact target for the treatment and prevention of this kind of disease.

JAK3 regulates cell signal transduction by binding to γ cochain (γ c) in cytokine receptor complexes such as IL-2, IL-4, IL-7, IL-9, IL-15, and IL-21. Both JAK3 and γ c mutations can lead to severe combined immunodeficiency. The abnormal activity of JAK3 is characterized by the decrease of T and NK cells and the loss of function of B cells, which seriously affects the normal biological functions of the immune system. Because of its functional characteristics and special tissue distribution, JAK3 has become an attractive drug target for immune system-related diseases.

TYK2 is the first member of JAK family, which can be activated by IFNs, IL-10, IL-6, IL-12, IL-23, IL-27 and other receptors. In mice, TYK2 dysfunction can lead to a variety of cytokine receptor signaling pathway defects, resulting in viral infection, decreased antibacterial immune function and increased the possibility of pulmonary infection.
Distribution of indications for JAK inhibitors

The first JAK kinase was discovered in the early 1990s, and it was not until 2012 that the first JAK kinase inhibitor-tofacitinib, was approved for the treatment of Rheumatoid arthritis (RA). RA is a chronic systemic autoimmune disease characterized by joint disease, which is characterized by persistent damage of the immune system to the joint and other tissues. Complex diseases are mediated by a variety of immune cells (B lymphocytes, T lymphocytes, macrophages, etc.) and related cytokines. Rheumatoid arthritis is known to cause a range of symptoms, including pain and swelling in the joints, especially in the hands, feet, and knees. Statistics show that there are about 4 million rheumatoid arthritis patients in China, the remission rate of patients is 8.6%, and the disability rate is about 50.3%. At present, tofacitinib is also used in a number of clinical studies with different indications, such as dry eye disease, Crohn’s disease, psoriasis, ulcerative colitis, and organ transplantation.

At present, the JAK inhibitors approved by EMA for FDA are Ruxolitinib, Tofacitinib, Oclacitinib, and Baricitinib.

Ruxolitinib, an inhibitor of JAK1 and JAK2, developed by Incyte and Novartis, was approved by FDA in November 2011 and is the first drug approved specifically to treat myelofibrosis. Ruxolitinib is conducting a number of clinical trials in the middle and late stages, indications include a variety of cancers, rejection, alopecia areata, allergic dermatitis, rheumatoid arthritis, vitiligo, psoriasis, and so on.

Tofacitinib, an inhibitor of JAK3 and JAK1 developed by Pfizer and approved by FDA in November 2012. This is the first oral JAK inhibitor approved for RA therapy. Tofacitinib may lead to some adverse reactions, including infection, tuberculosis, tumor and liver injury, and some of these adverse reactions may be related to the lack of selectivity of tofacitinib to JAK-3. The European Medicines Agency Council of Medicines for Human use (CHMP) has not approved the drug for sale in Europe after considering the efficacy and adverse reactions of the drug in the treatment of RA.

Oclacitinib, is a new JAK1 inhibitor approved by the FDA in 2013 to control itching and atopic dermatitis caused by allergic dermatitis in dogs.

Baricitinib, is a selective inhibitor of JAK1 and JAK2. On Jan. 20, 2016, Incyte and its partner Eli Lilly announced that baricitinib had submitted a NDA application for the treatment of mild to severe rheumatoid arthritis. Clinical trials of the drug are currently underway for a number of different indications.